NOTE:  You can quickly find a photograph by using the Ctrl+F command.

Unless noted, all photographs are provided by Terry Casey. 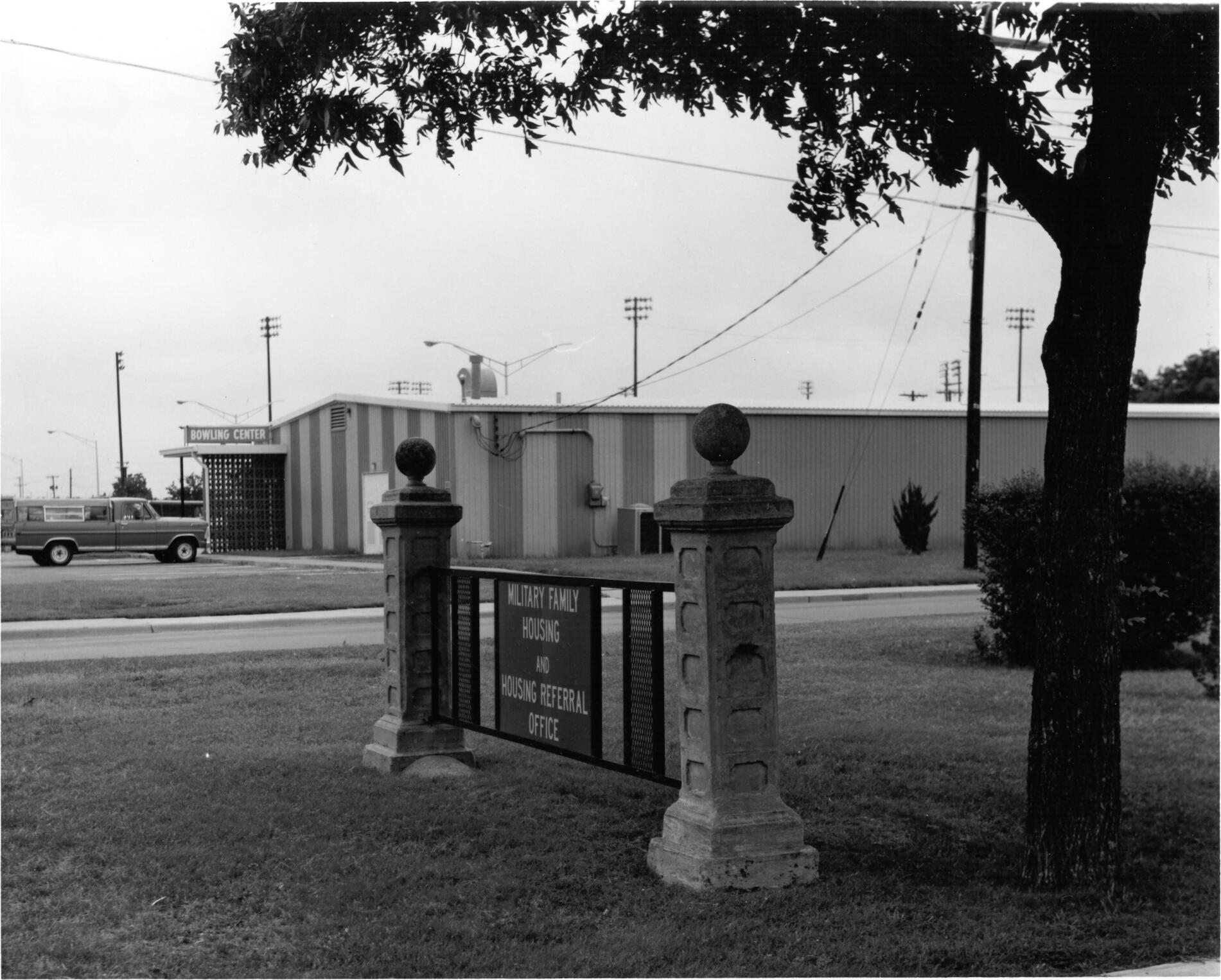 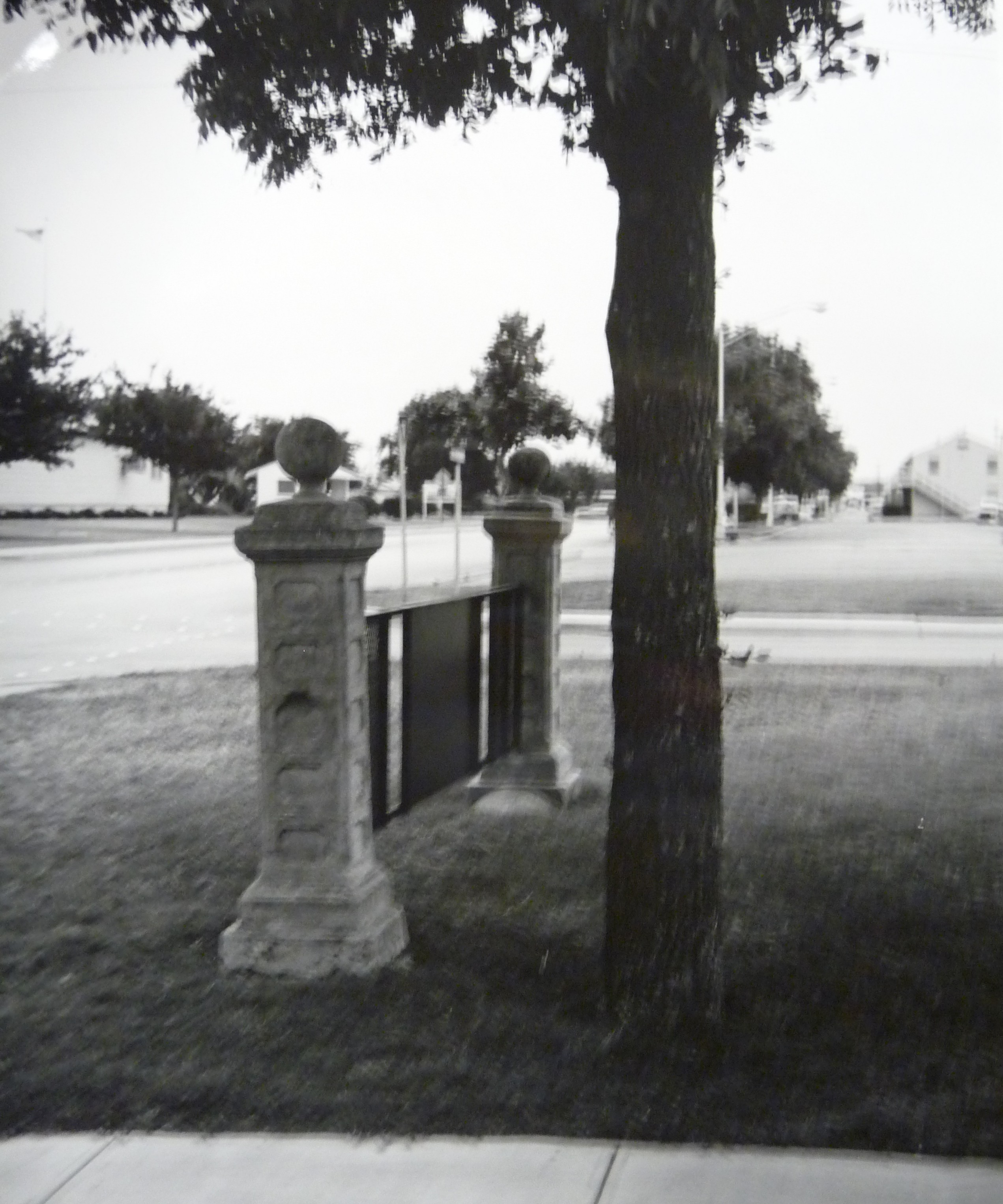 May 1977 – Still looking south/southwest on the right (off camera) are the bowling center, 1st CFCU, base theater, child care center, and gas station. The old HQ building would have been on the left side further down the street.   At the end of this street would be the south gate leading to Chadbourne Street. The two story building in the background on right was temporary lodging. We stayed in them when we first arrived on 1 Feb 80. Destroyed to make way for more parking.  Note on the back of the photograph reads:  Pillars of gateway leading to Metcalfe family home, northwest corner, 4th St and Fort McKevitt Rd, Goodfellow AFB, Tex. 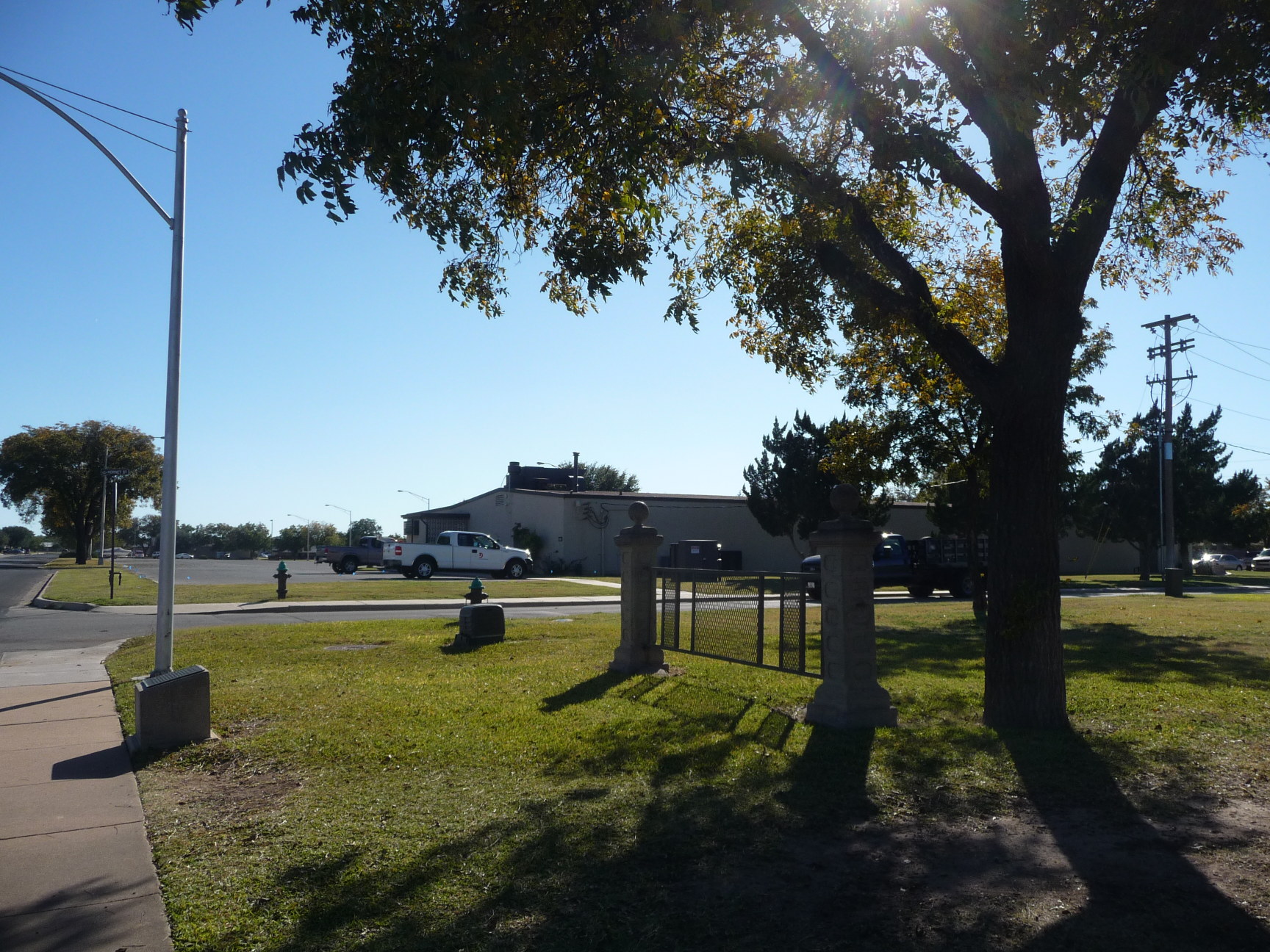 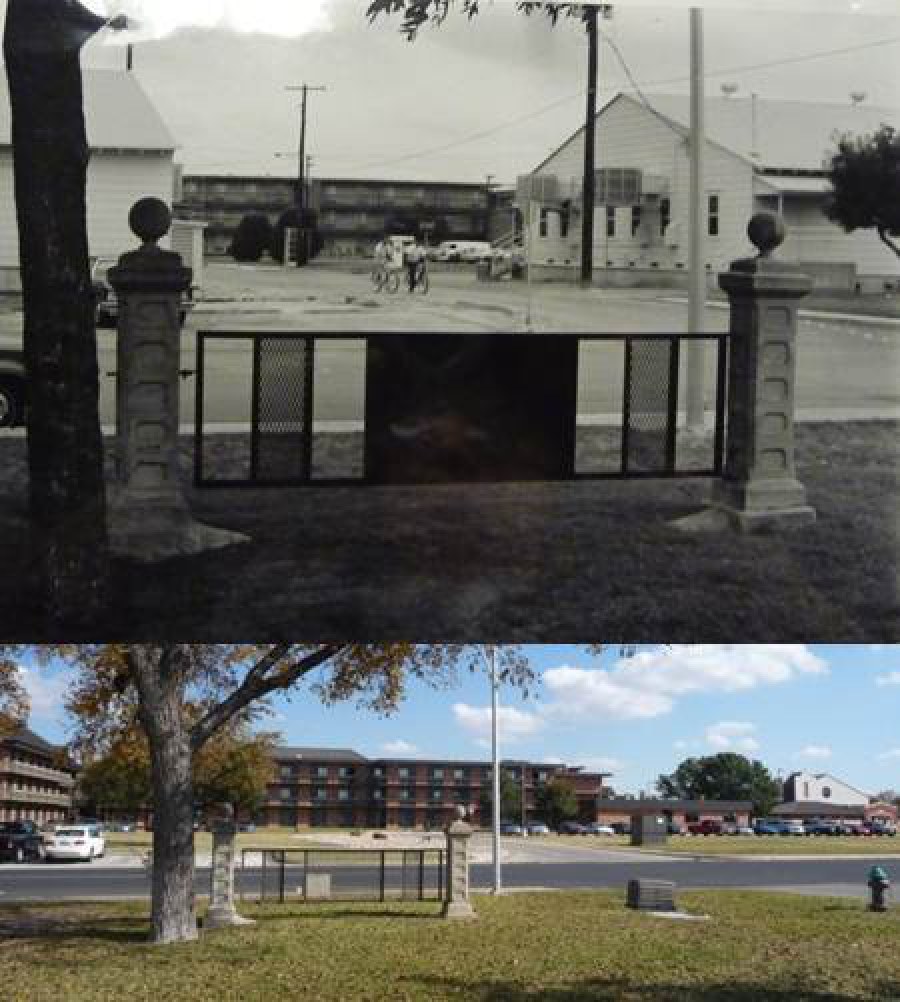 May 1977 – Top photograph, looking east towards dorm areas and I am thinking that the Military Clothing Sales store is the white building on the right.  Now, in 2009 – Bottom photograph, same view as above photo (looking east); new Chapel located far right 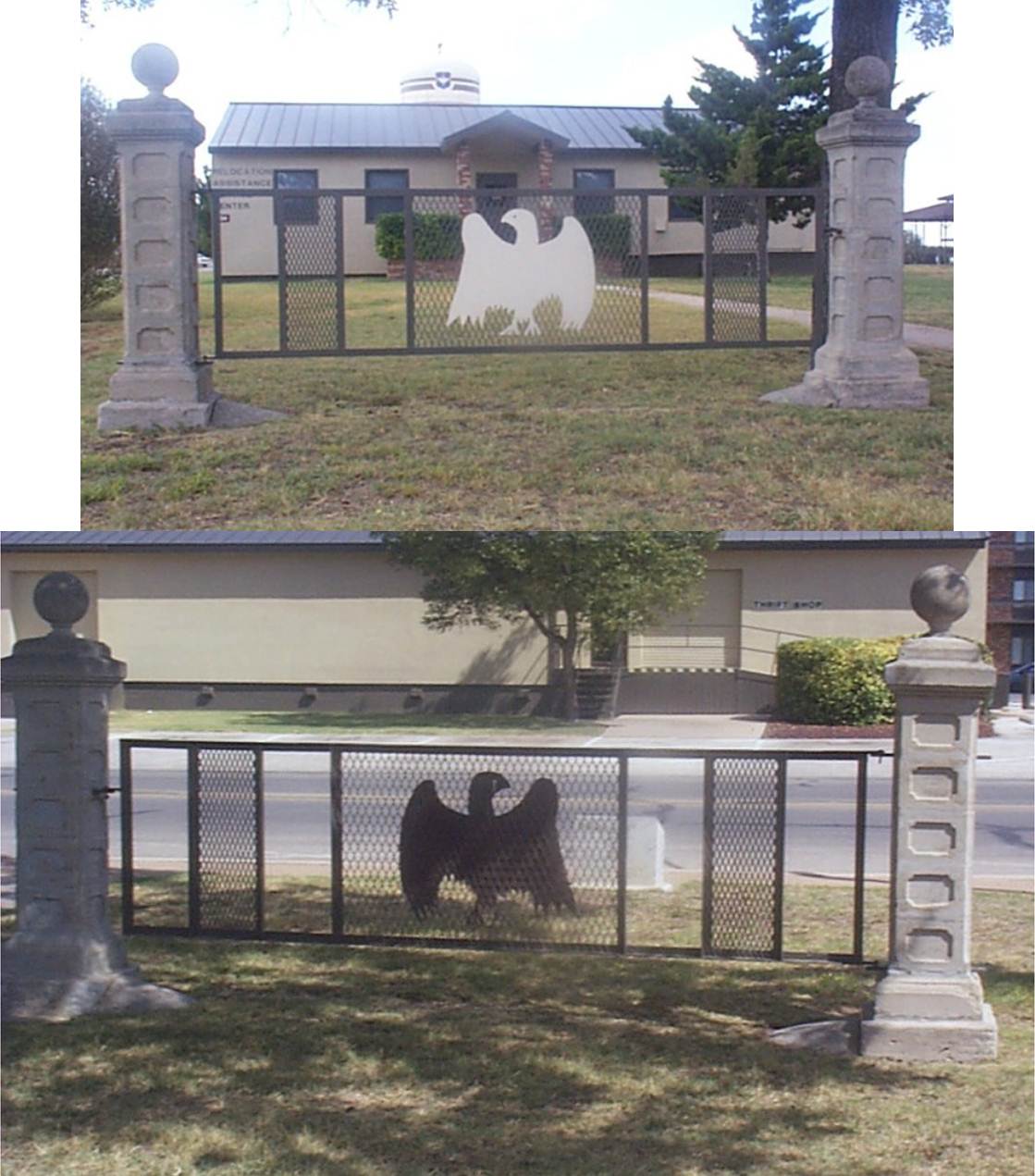 November 2009 – Left photo – Another view of Metcalfe Gate (looking west) Date Unknown – Right photo – Official USAF Photograph The next photograph will show a plaque that explains what this “gate” is and the aerial will show the location of residence (off base) to the still standing “gate” on base.

November 2009 – Plaque in front of Metcalfe Gate.  The top right aerial was provided by Glenn Miller in 2007. The purple oval on the left is location of Charles B. Metcalfe’s residence.  The other purple circle is where the gate on base is located. 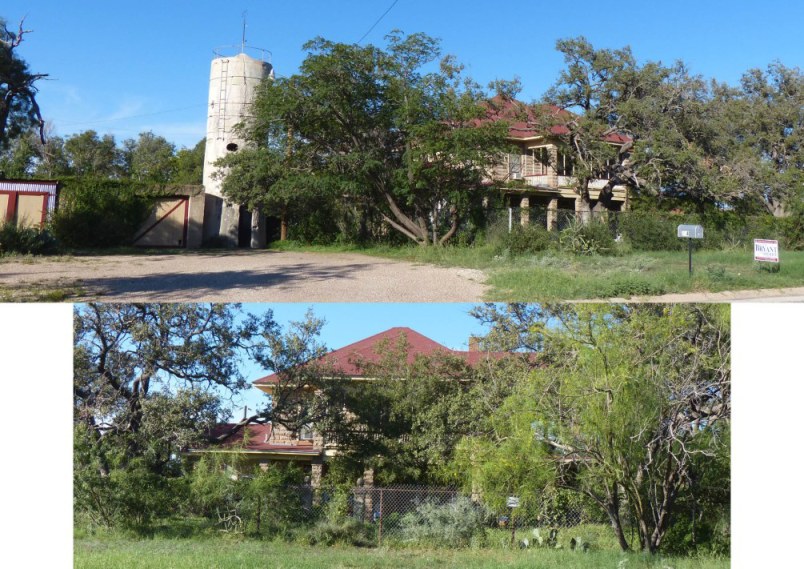 2012 – This is what the Metcalfe estate looks like now. You can still see both of the two stone pillars, if you look close. 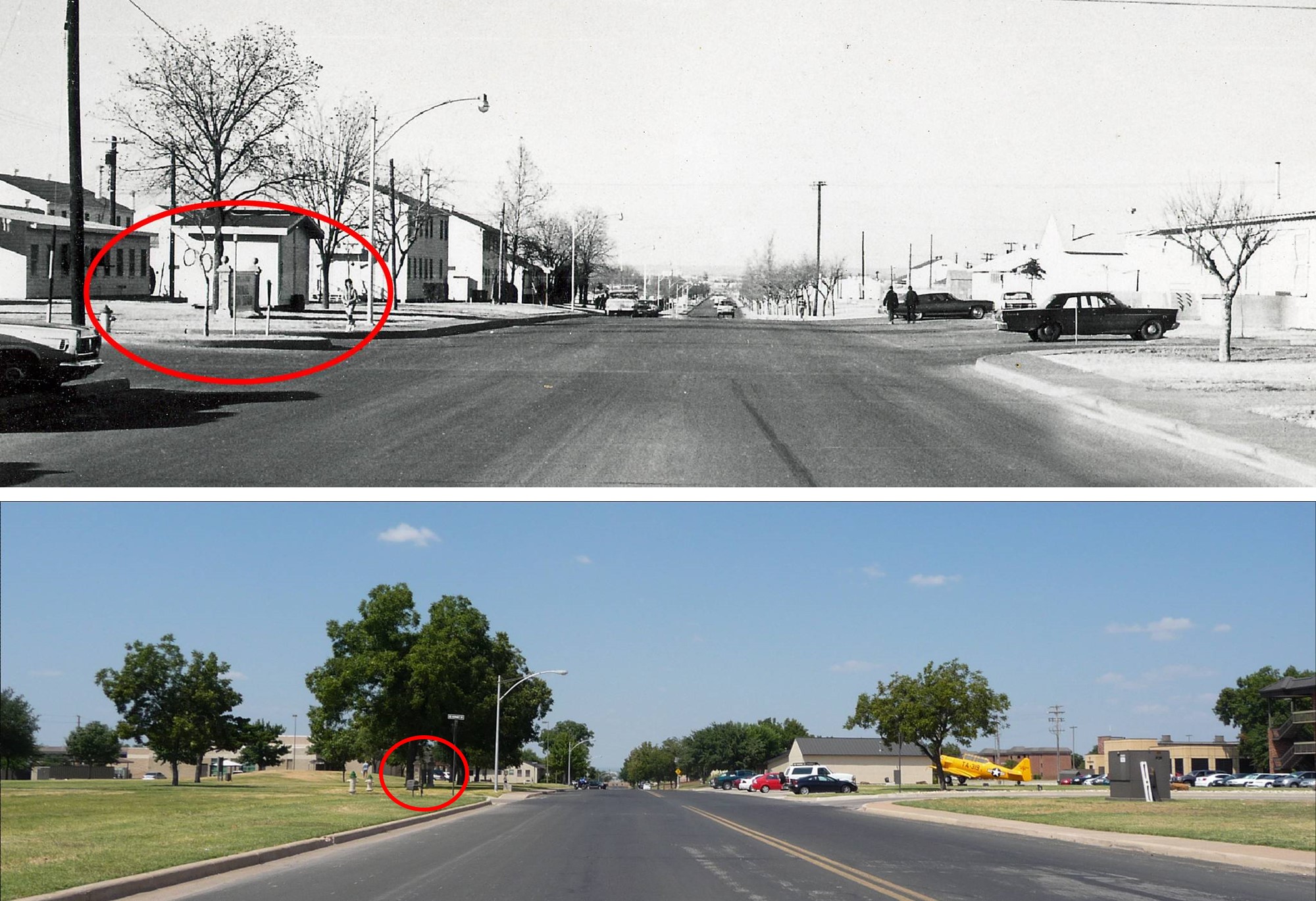 2009 – Looking west; Old Officer’s Club now Event Center located behind memorial.  Base housing is off camera down the street on the right. 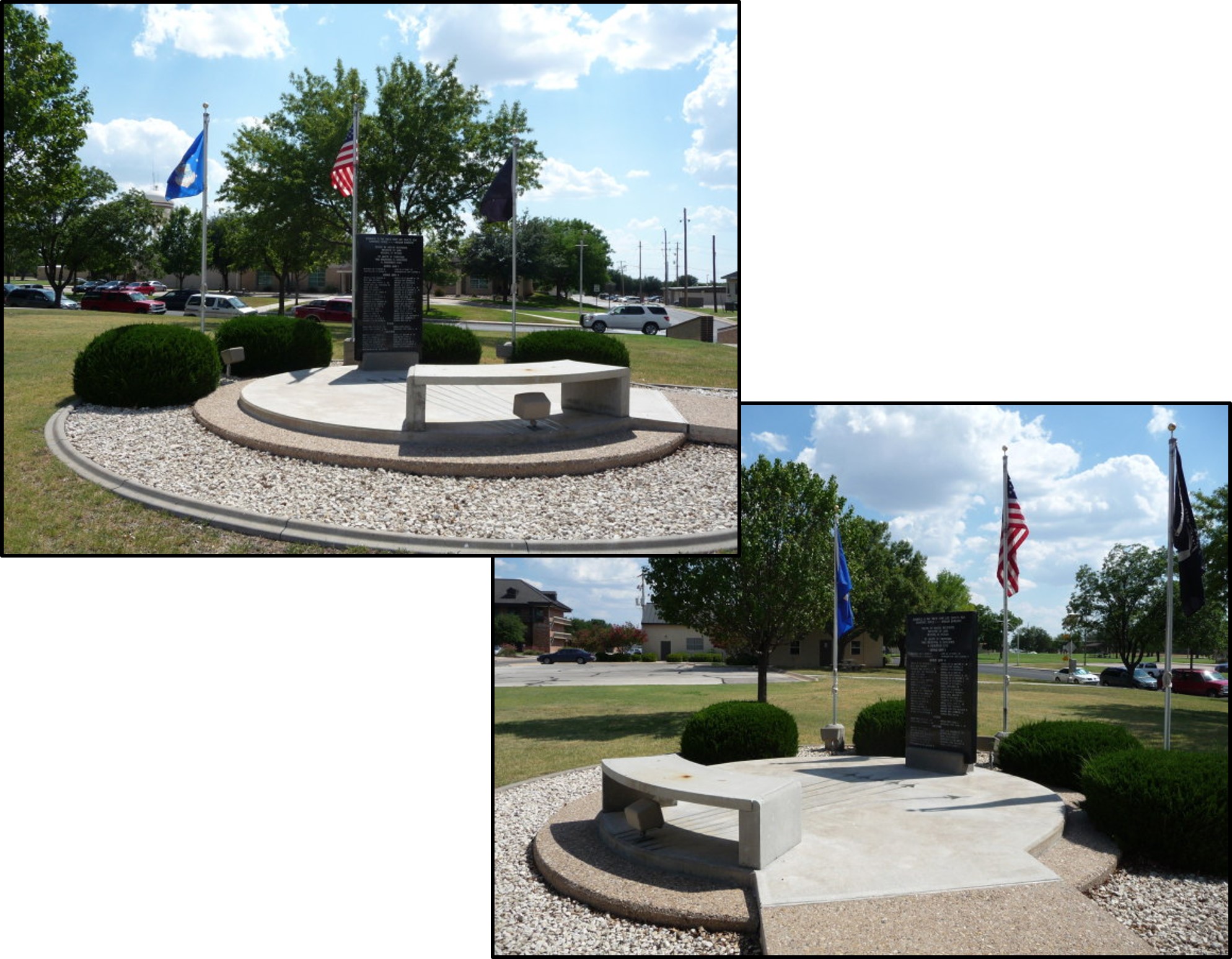 2009 – Looking south; Bowling Center, Credit Union, Movie Theater will be on the right.

October 2018 – Looking west, a panoramic view of the memorial from a different angle.  Western Winds Dining Facility is off camera on the right.

Taken at another different angle, Western Winds Dining Facility is now off camera on the left.  Base housing begins at the far right.  The old main street is down the hill in front of the cars.  The brown brick building use to the 17th Training Group. 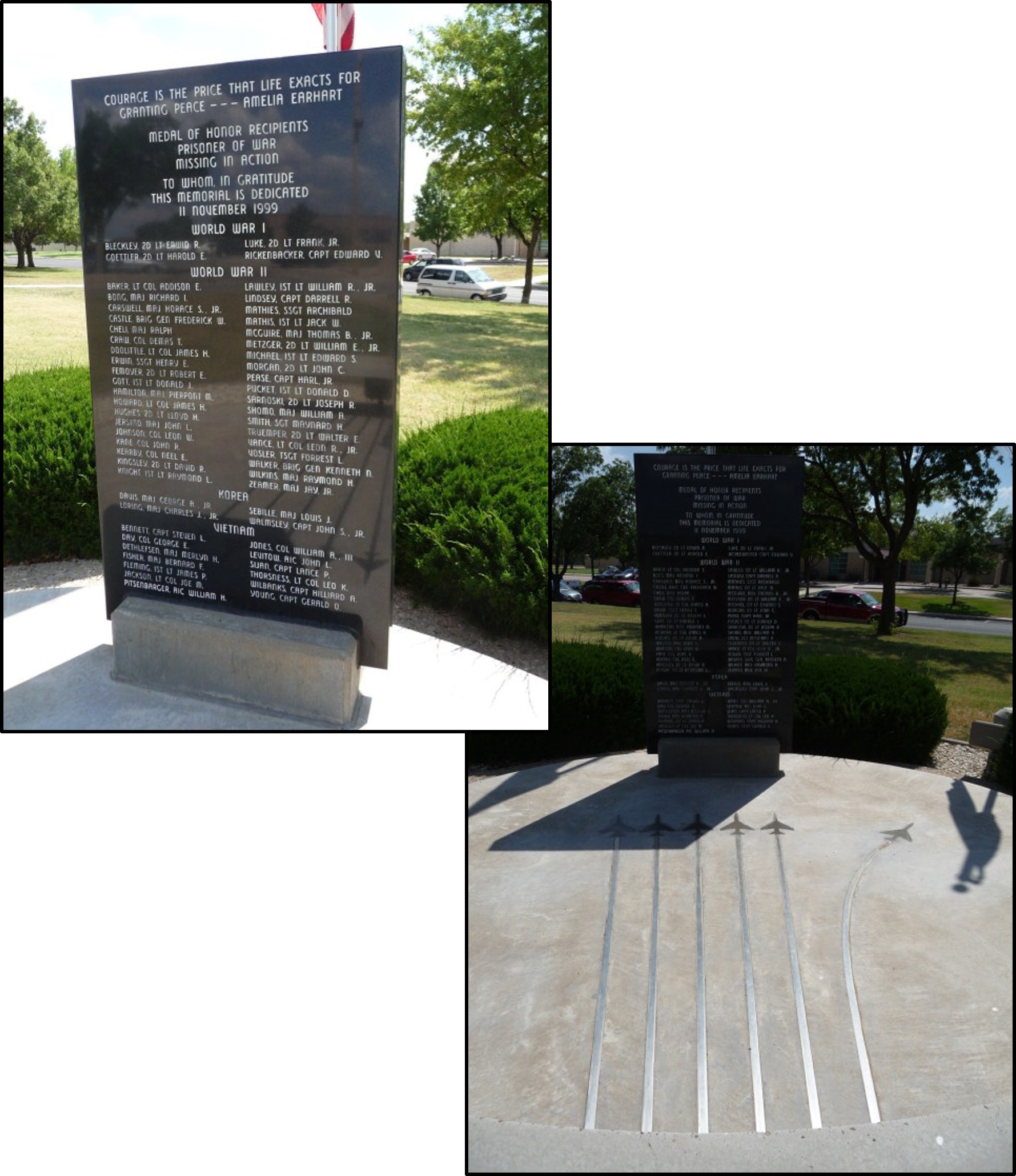 2009 – Memorial is located across the street from the old Officer’s Club – now Event Center.

The following two airplanes T-28A Trojan and BT-13A Valiant trainers are located in the park area along with the above memorial.  Photographs were taken in 2009.

The following T-6G Texas was photographed in November 2009 in the same park area as the previous two planes and the memorial; however, in 2011 this plane was moved to the HQ Norma Brown building. 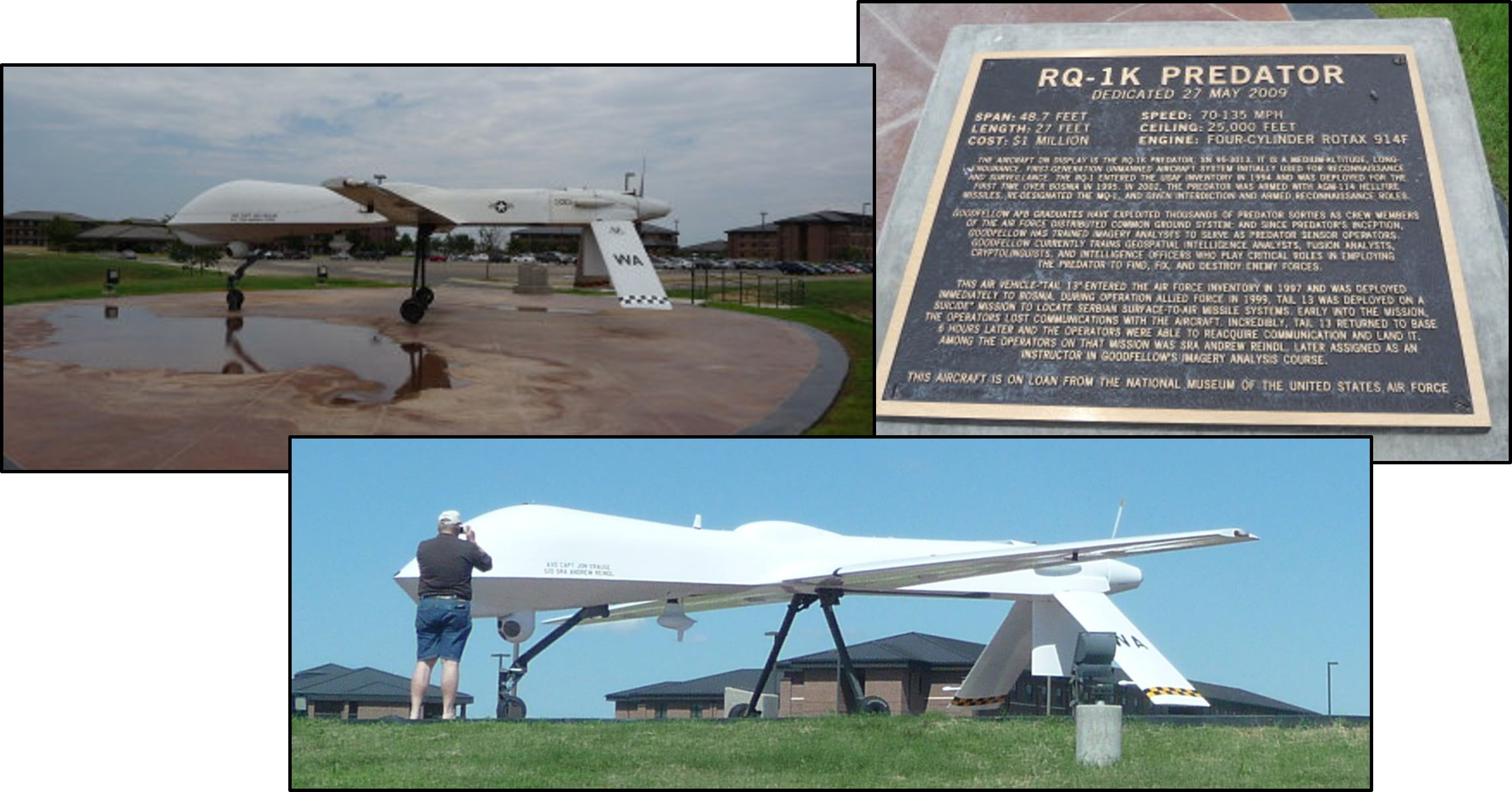 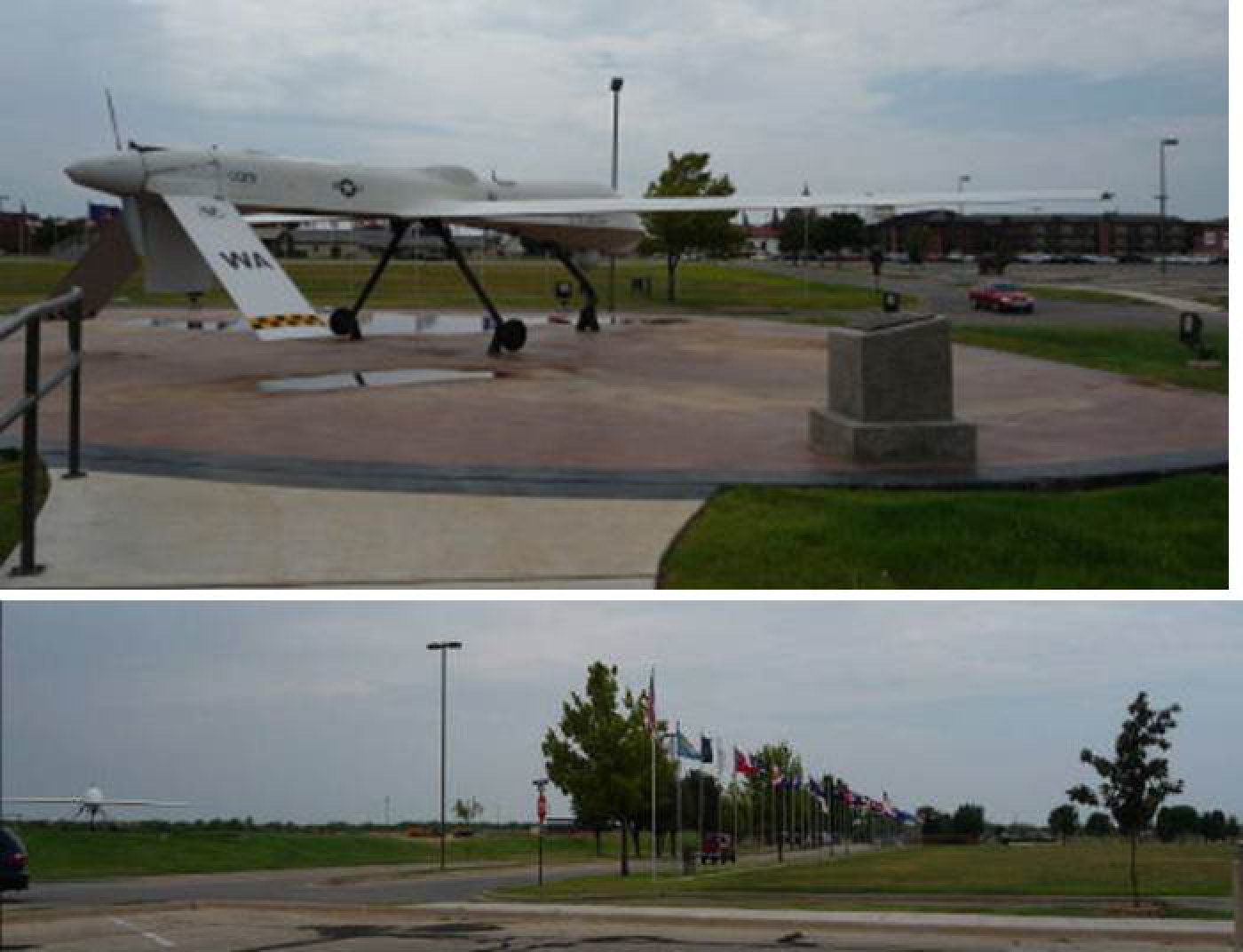 February 2012 – Top Photograph – Looking east, the Global Hawk was placed on display near the North Gate, across the street from CE and Building 530.  Actually, I took this photograph in the parking lot of Building 530.  You can see three individuals standing near the frame.  Look at the long wing span.  The water tower (right background) is near the fire training facility. 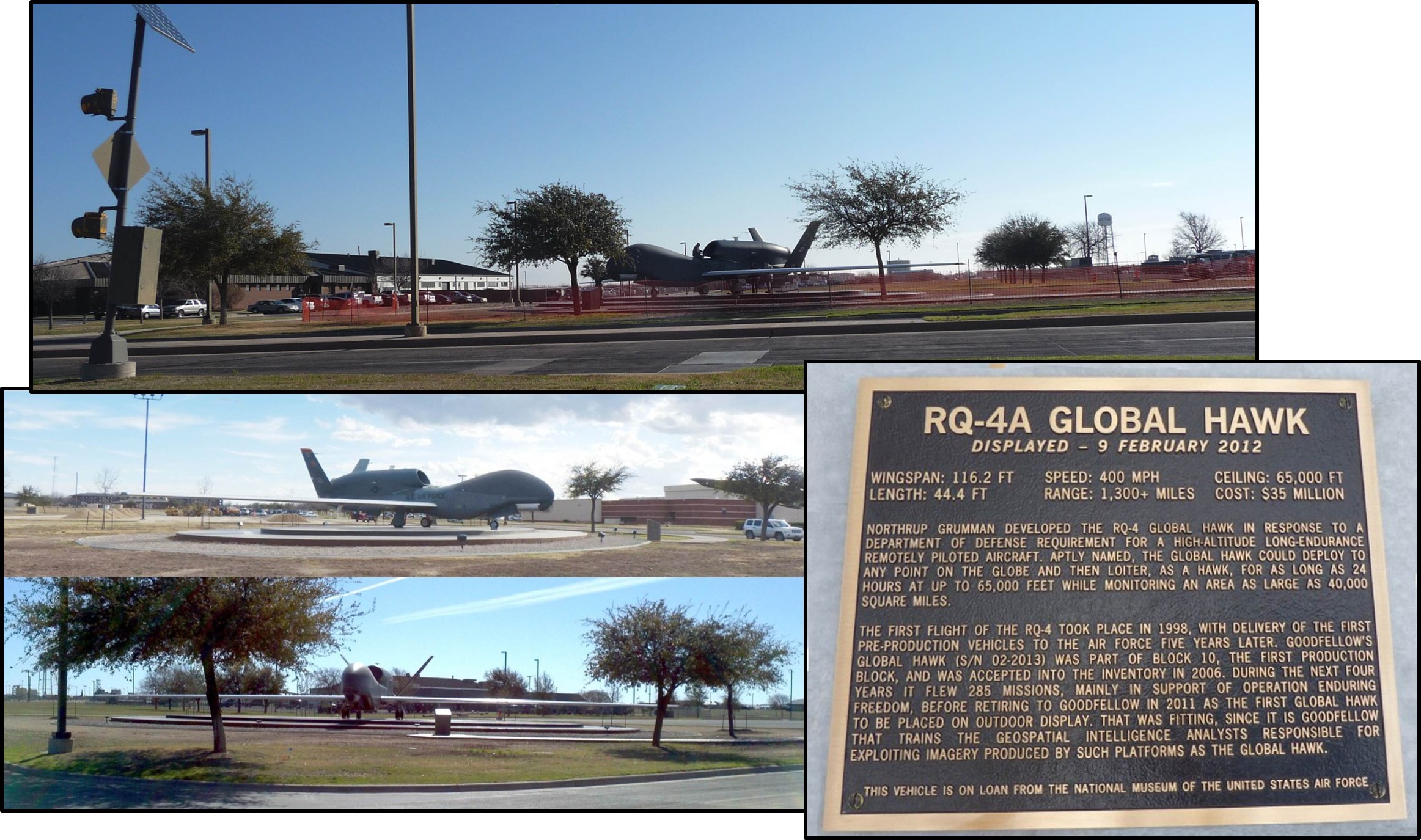 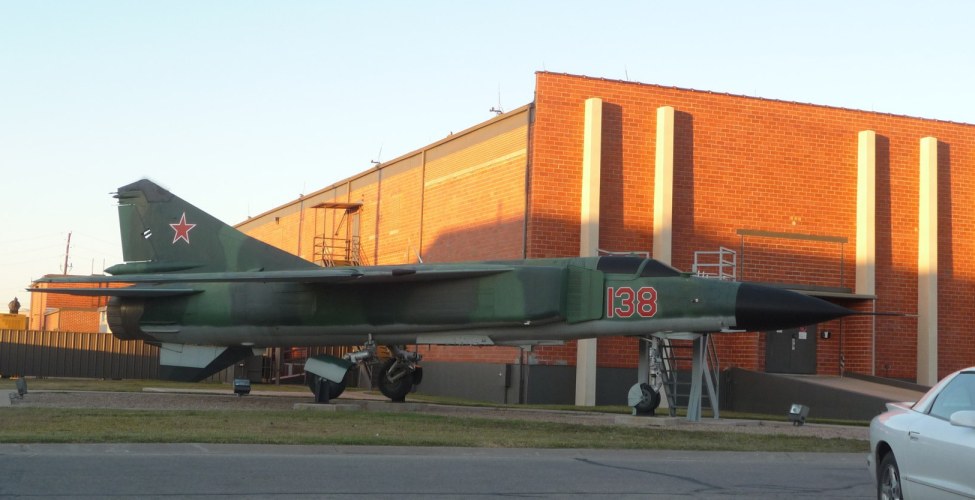 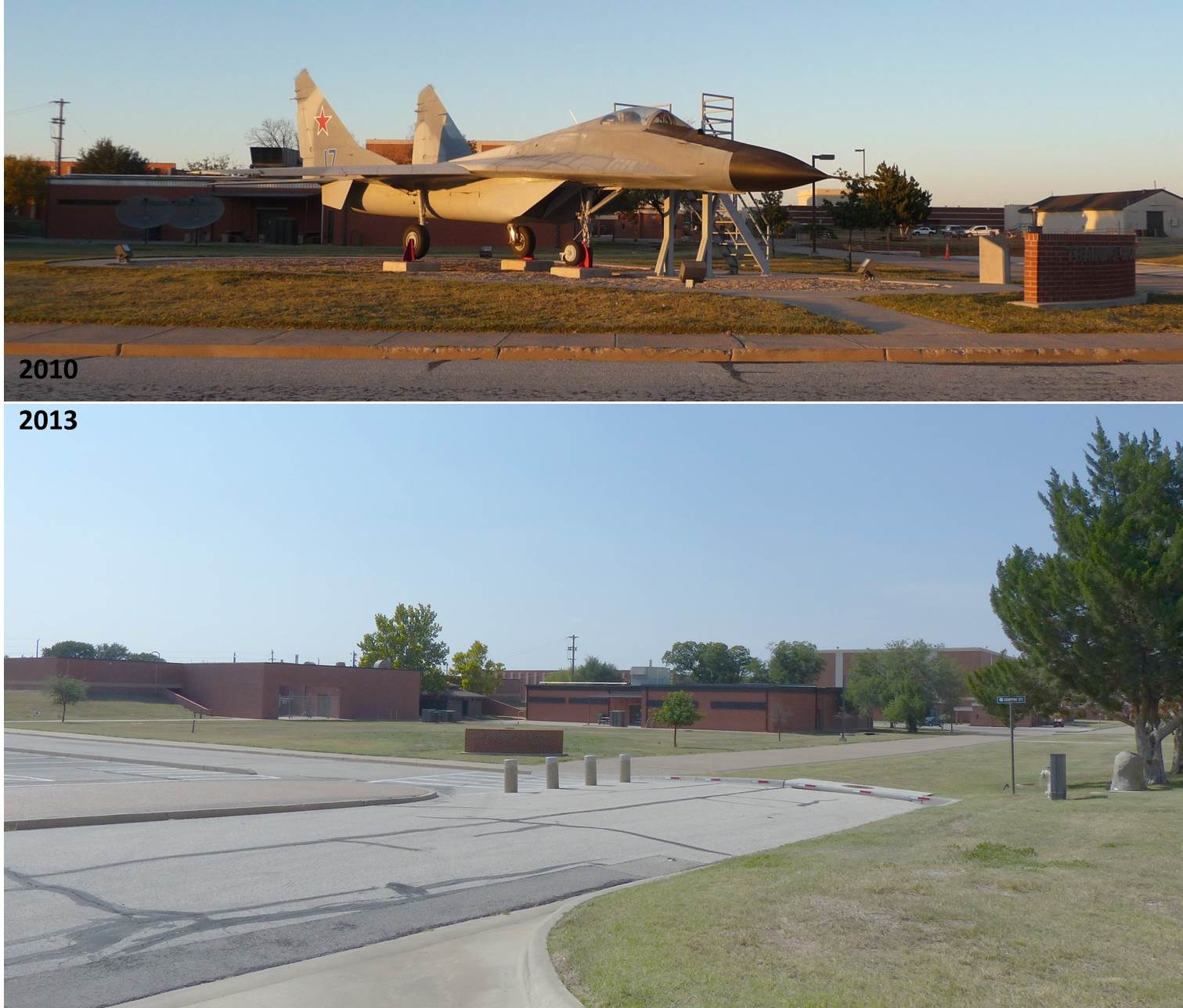 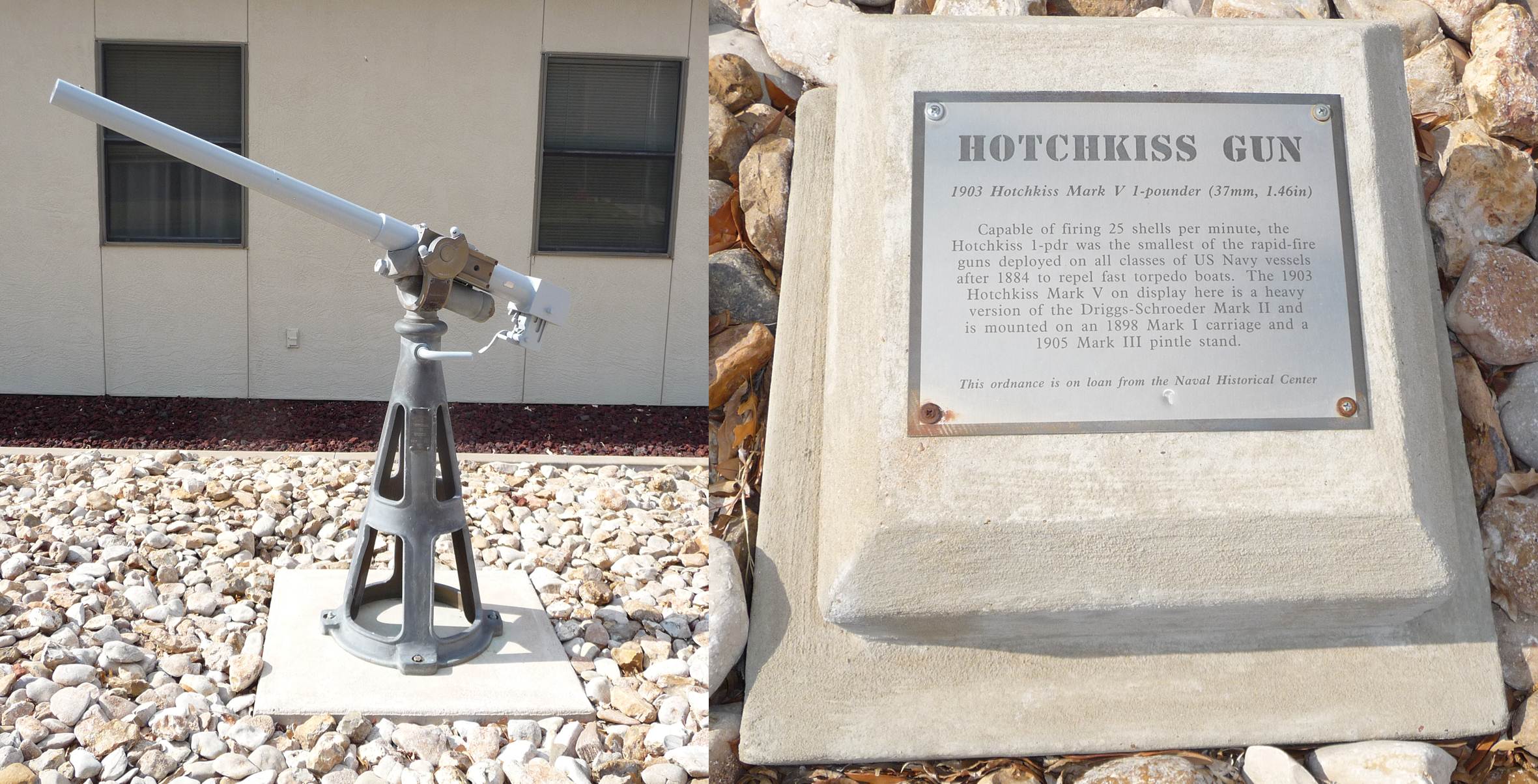 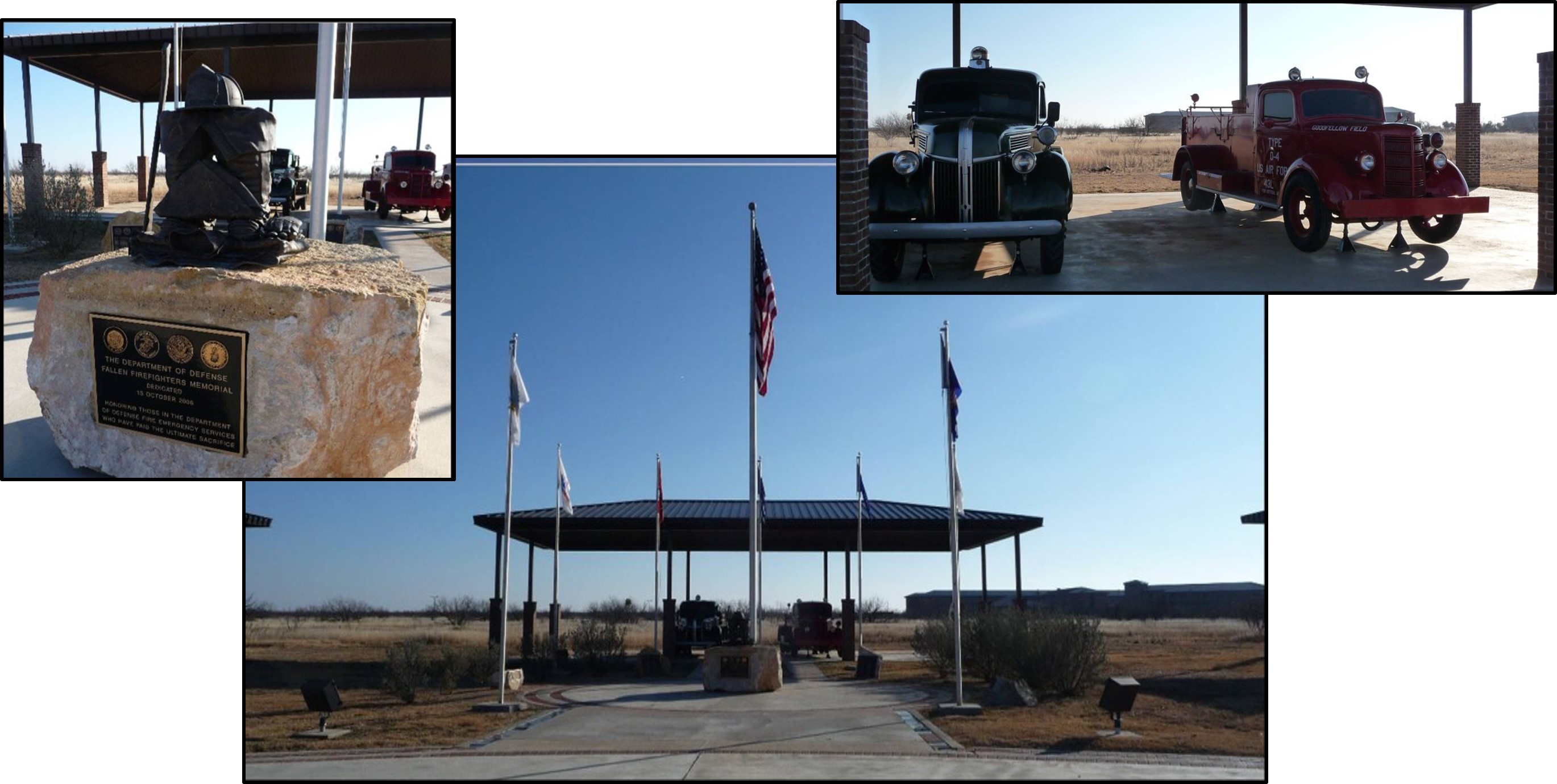 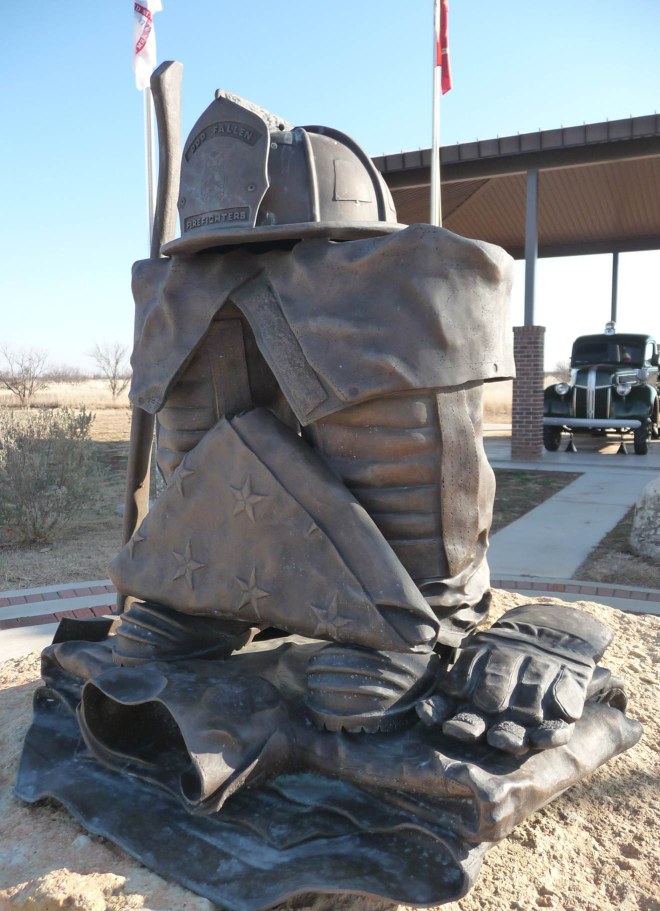 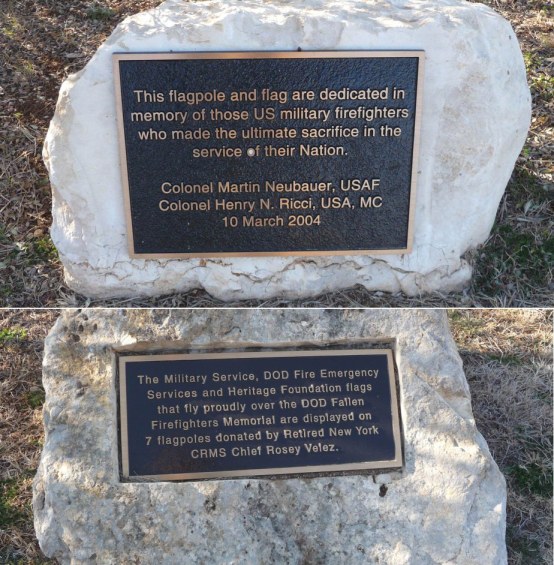 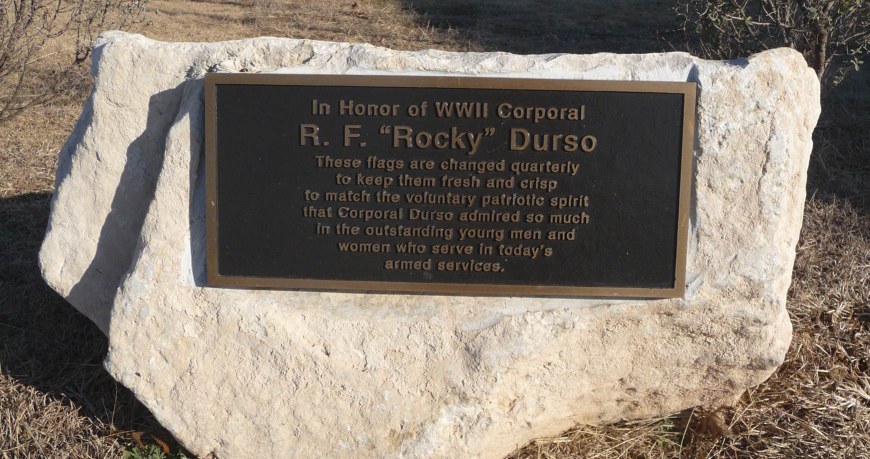 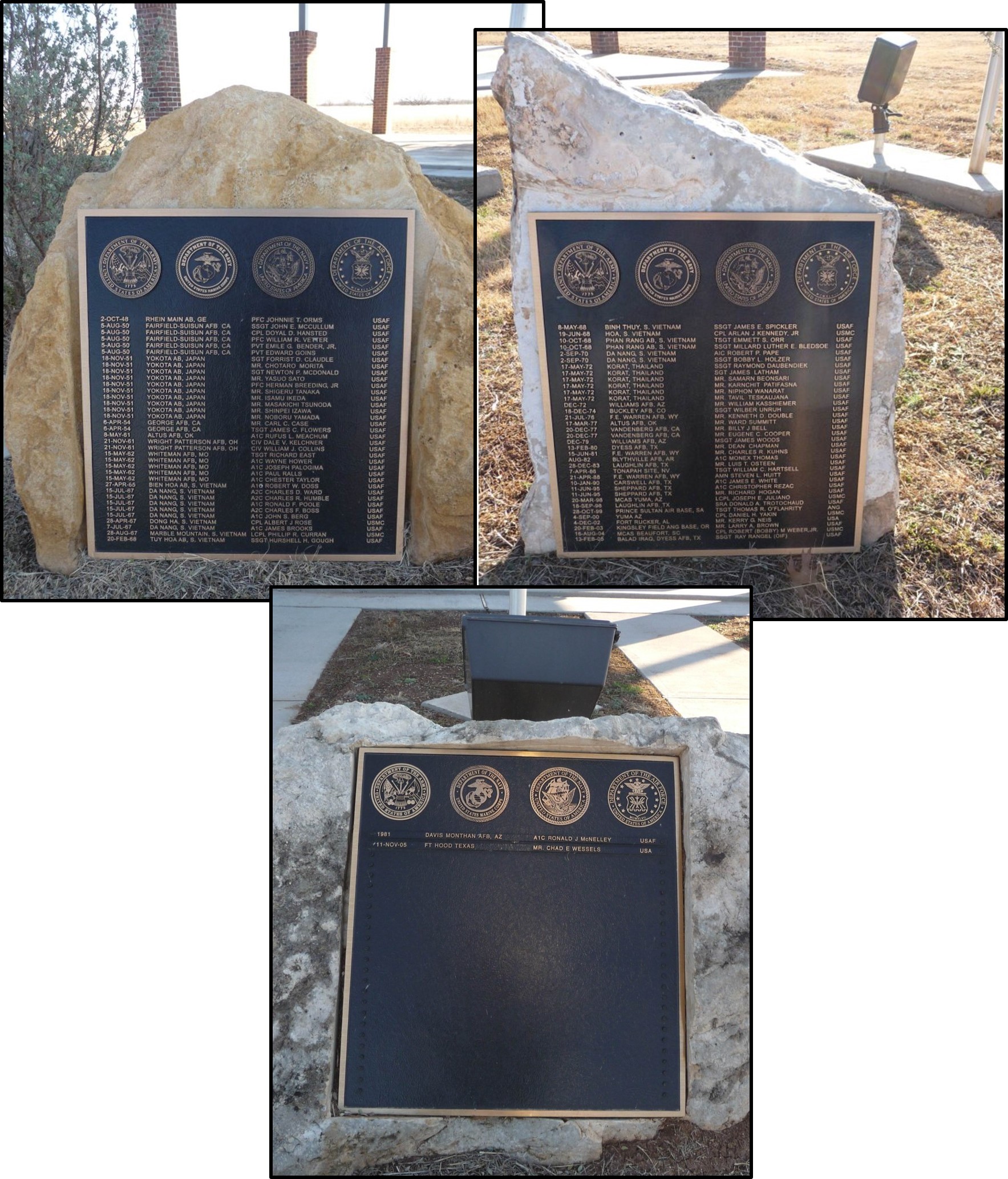 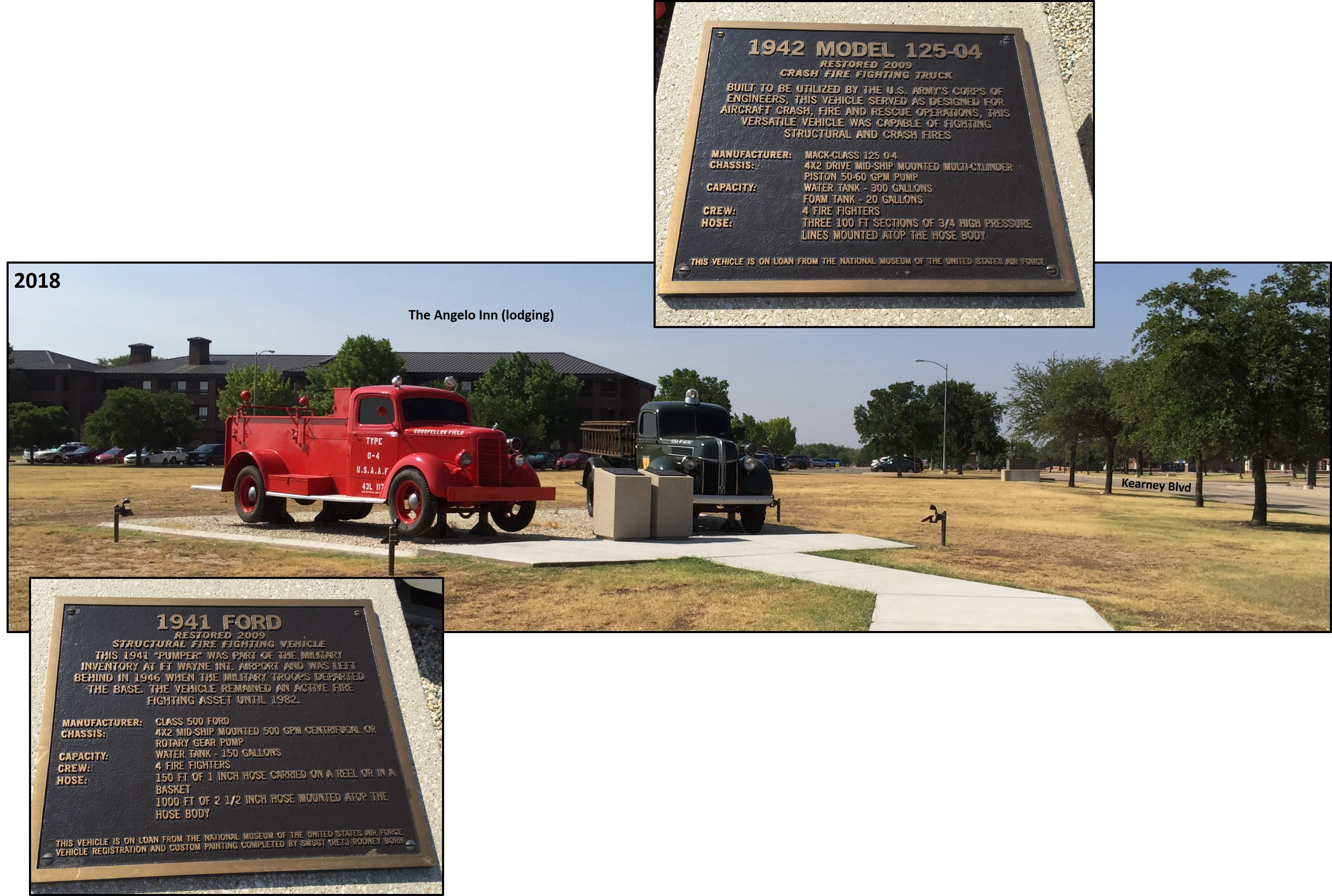 2018 – Noticed that these two vehicles were moved from the above DOD Fallen Firefighters Memorial area.